Partners in this project are the municipality of Milan, the Museolab6 association, the Bei Navigli association, with the leadership of the Rete Civica di Milano foundation

The aim of this project is to create the Urban Ecomuseum of South Milan. The purpose of the Urban Ecomuseum is to become a cultural basis for the interpretation of places and the valorization of citizens’ historical tangible and intangible heritage, thus providing a cultural framework for the future valorization of this district of Milan.
The Urban Ecomuseum aims to build a digital archive of historical documents of districts 5 and 6 of the city, to be connected with other public and private cultural databases. Documents and materials will be produced and recorded with the contribution of citizens, who will have an active role in the interpretation of both individual and collective memories. In particular, the sub-project “Storytelling: memories for change, from factories of machines to factories of creativity” focuses on collecting, recording and organizing documents and materials about creative and productive regeneration of the districts’ old industrial buildings (i.e. Riva Calzoni and Ansaldo), for fostering citizens’ (especially young people) awareness and consciousness about the history and identity of the districts.
Performances, interviews, workshops, mapping, storytelling aim to generate ideas and suggestions from citizens in order for them to participate, learn and discuss about their own territory.
The research of tangible and intangible documents and materials, based on direct contributions of people, is framed in the modern definition of “Diffused museum”, a physical location that records and collects memories, stories, facts which are a common property and which anyone can listen to and understand.
All materials will be collected and stored in the digital archive of the Urban Ecomuseum. 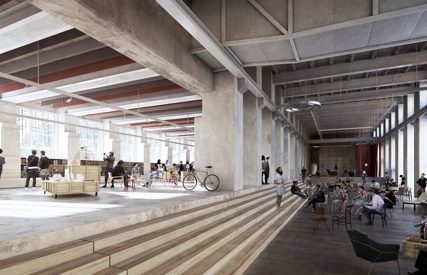 Monitoring of the Regional Environmental Energy Plan of Sardinia